This silver 950 Elgin pocket watch (Birmingham markings on the crown and inside of the rear covers) is equipped with a 6 Elgin 151 hunter caliber manufactured approximately in 1898, with 7 rubies and secondary peripheral. This mechanism was manufactured in only 49,000 copies. The watch has a diameter of 52 mm and a total thickness of 15 mm, and the mechanism has a diameter of 41.9 mm and a height of 6.6 mm. The bimetallic balancer, provided with compensation screws, performs 18,000 alternations per hour, and the motor spring ensures, fully loaded, a 34-hour power reserve. The mechanism, with the series 25210591, is of a shiny gold (the photos failed to capture its beauty) and is marked Elgin Natl Watches U.S.A. The swing deck is very beautifully engraved manually (see photo 4, 6, 12, 14, 17 and 19). The Dennison 950 silver casing (markings on the lid for both the manufacturer and the metal title) is in perfect condition. All three caps stamp the same series: 421296. The enamel dial, with Roman numerals and superb thermally blue cathedral indicators, specific to the period, is in excellent condition. The front cover, engraved with Roman figures, has a round opening, through which you can see the position of the indicators. When rigging, the clock makes a sound like crickets, and the sound produced by the moving gears is one of the most melodious of the entire watchmaking (perhaps due to the silver casing, which acts as a resonance box). But what makes this watch truly unique is the inscription engraved on the back: „For A. Muller Ury, best portraitist and devoted friend, 1923, Sir Joseph Duveen.” This watch is a true museum piece, according to the inscription it belonged to Joseph Duveen, considered the greatest art dealer of all time, and was given to one of his best friends, the painter Adolfo Muller Ury, who takes it made 3 portraits of Duveen.

The A.L.D marking in a rectangle shows Aaron Lufkin Dennison, born in Freeport in 1812, the first to manufacture watches by building his business on a system of spare parts. Dennison built a factory in Roxbury (Massachuttes) in 1853, then moved to Waltham (near Boston) and England (with headquarters in Handsworth and Birmingham), where he manufactured various watch cases. The business was known as Dennison, Wigley & Co. The founder died in 1895, but the business continued in the same style until 1905. Franklin Dennison later moved the company, as the Dennison Watch Case Co., and in 1919 the business was transformed into a limited liability company.

Adolfo Muller Ury (March 29, 1862 – July 6, 1947) was an American painter, born in Switzerland. A portraitist, in particular, but also an impressionist, A. Muller Ury came from a family of vase patricians of Switzerland, being the sixth of the 19 children of the family. The largest public collections of his work can be found at The Historisches Museum von Uri (Altdorf, Switzerland), which holds ten canvases, including a large canvas. Joseph Duveen’s portrait has been painted by several artists, but the best one was one by his friend, Adolfo Muller-Ury. In fact, he painted it three times, in 1923, 1929 and 1938. The 1923 portrait, considered the best of all, was reproduced on the cover of Meryle Secrest’s 2004 biography, and later sold to TEFAF Maastricht in 2006. A Muller Ury is also the author of portraits of American presidents as well as most of the American billionaires of the time.

Anyone who admired Gainsborough’s „Blue Boy” from the Huntington Collection in California, or „Aristotle looking at Homer’s bust,” from Rembrandt, from the Metropolitan Museum of Art in New York, and other Renaissance masterpieces, owes this pleasure. , this privilege to be in front of a great work of art by Joseph Duveen. Considered the most influential and greatest art dealer of all time, Duveen sold the European masterpieces of Titian, Botticelli, Giotto, Vermeer or Da Vinci to the wealthy wealthy American billionaires – J.P. Morgan, John D. Rockefeller, Henry Huntington, Samuel H. Kress, Henry Clay Frick, William Randolph Hearst and Andrew Mellon, just to name a few. It is no exaggeration to say that Joseph Duveen is behind every major private art collection in the United States. Joseph Duveen (October 14, 1869 – May 25, 1939), the first of 13 children in his family, inherited the ability to see a true treasure in the occupation of his father, the owner of a thriving antique business. After the death of his father, Duveen moved the company to the more risky but profitable painting market and became the world’s leading art dealer. He made a fortune by buying art from declining European aristocrats and selling it to American billionaires. He made many philanthropic donations and contributed to the repair and extension of many British art galleries, which in 1919 brought him the title of knight, and in 1927 that of baron. The rapid rise of the tireless and enterprising dealer, from his humble beginnings to the top of the pyramid, the key to Duveen’s success, was his simple observation that while Europe had art, America had the money!

The legend of Elgin begins in 1864, at the end of the American Civil War, when Philo Carpenter, Howard Z. Culver, Benjamin W. Raymond, George M. Wheeler, Thomas S. Dickerson, Edward H. Williams, and W. Robbins established the National Clock Company. from Chicago (Illinois), with a fabulous $ 100,000 (the manufacturing company has changed its name many times throughout its existence: Elgin National Watch Company, National Industry, etc.). The first mechanisms were manufactured in 1867, for each model requiring 6 months of design, construction and assembly (source: Edward C. Hahn, „Making the degrees”). Early versions of the Elgin mechanisms paid tribute to the founders (H.Z. Culver, G.M. Wheeler, etc.) can still be found today. In 1909 Elgin built an observatory so that their timekeepers could be certified. Their first wristwatch appeared in 1910. During World War I, Elgin stopped civilian watch production and focused on producing military watches. In collaboration with the US military, Elgin trained over 350 people who were going to repair precision time maintenance tools on Europe’s battlefields. Between the wars, Elgin, like many of his direct competitors, has made many real watches amazing pieces of art. During World War II, Elgin dedicated his production to the development of military watches, timepieces and rockets. After the war, the company returned to the commercial market, producing again a series of wonderful watches. In the 1950s Elgin produced extremely fashionable watches, of which Lord Elgin watches were considered the cream of the watch. A prolific American producer, Elgin gradually lost appreciation, until in 1968, they manufactured their last mechanism (source: Paul J. Chambre, „Forgotten Masterpieces: The Last Elgin”). From establishment to extinction, Elgin and Waltham have dominated the vast field of the American watch market. Today, Elgin watches are highly sought after by collectors. Due to the quality of each piece, even a 100 year old Elgin works precisely today!

The piece comes from the personal collection and is in impeccable condition both aesthetically and technically. It works perfectly even today, more than 120 years after its manufacture. The complete overhaul was done in 2017. It is delivered as in pictures, and the transport falls to the buyer.

Caution: Keep away from clocks or strong mechanical shocks. Although it has a solid housing it is still just a watch! Keep away from water and humid, acidic atmospheres. Even though it has sealing gaskets, they weaken slightly over time. Avoid approaching intense (electro) magnetic fields. The rocker spiral is sensitive, and may remain with a weak magnetism that disturbs its operation. Periodically, at 3-4-5 years, it is good to do a new revision to the watchmaker. Even the best oil degrades during long mechanical operation. 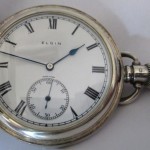 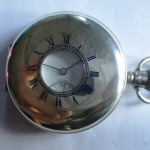 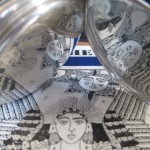 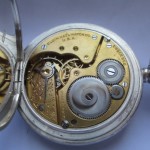 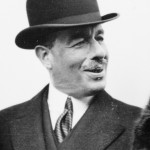 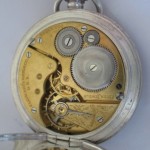 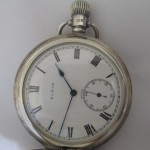 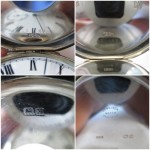 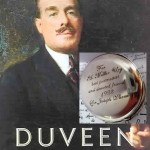 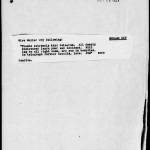 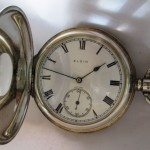 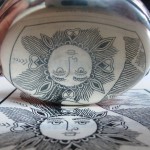 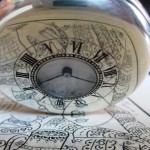 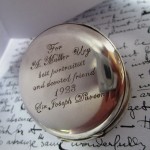 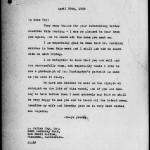 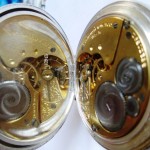 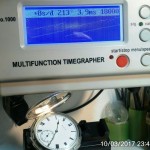 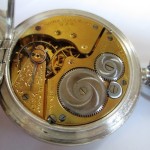 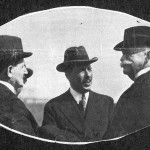 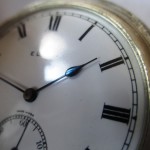 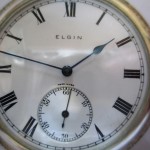 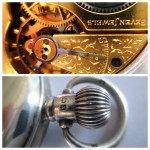 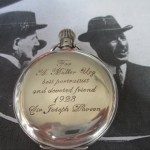 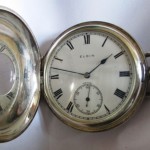 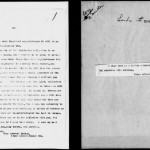 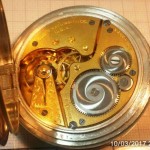 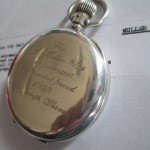 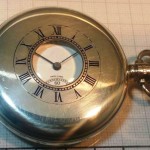